Lady Gaga has had an explosive 2019. From winning her first Oscar to launching a beauty empire, the legend did not stop in her attempt to conquer every single industry in the business. Below we’ve put together some of the year’s most iconic moments and memorable pictures and videos. Which one was your favorite moment? Sound off in the comments! 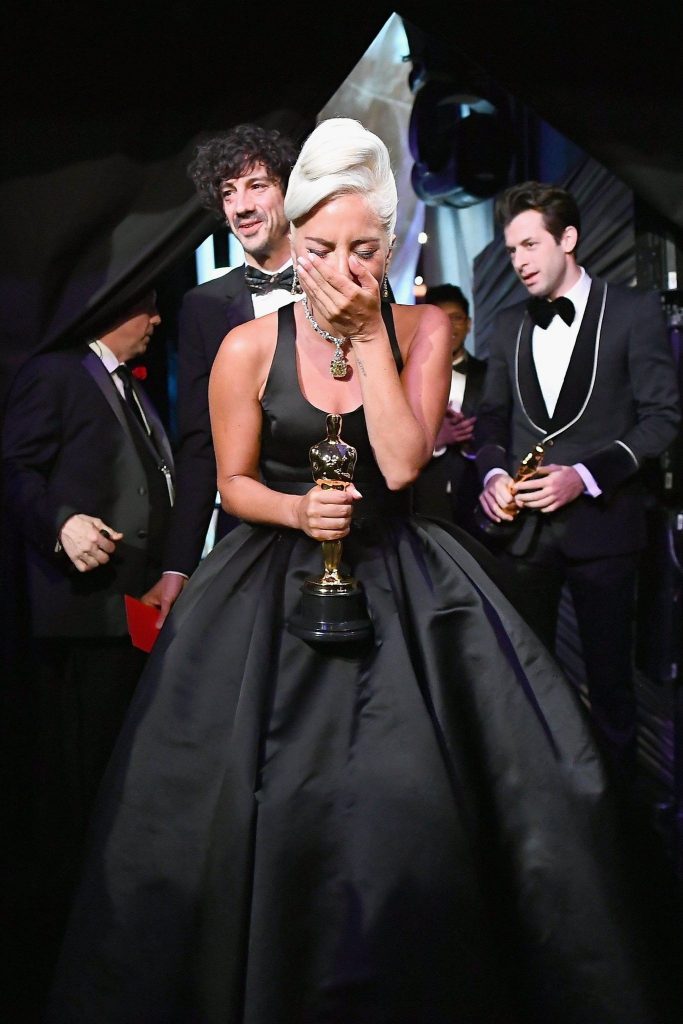 With the release of A Star is Born attracting both critical and commercial success, it was no surprise that Lady Gaga entered into 2019 as a two time Academy Award Nominee.

Take a look back at some of the most monumental award wins by Lady Gaga in 2019:

A tie at the Critics Choice

A performance that broke the internet

Amassing over 300 million and counting views across all platforms, the Lady Gaga and Bradley Cooper performance of the international smash hit Shallow on the Academy Awards stage was a sensation that was talked about for weeks. The performance has consistently been included in the most iconic pop culture moments of the year. As it should. 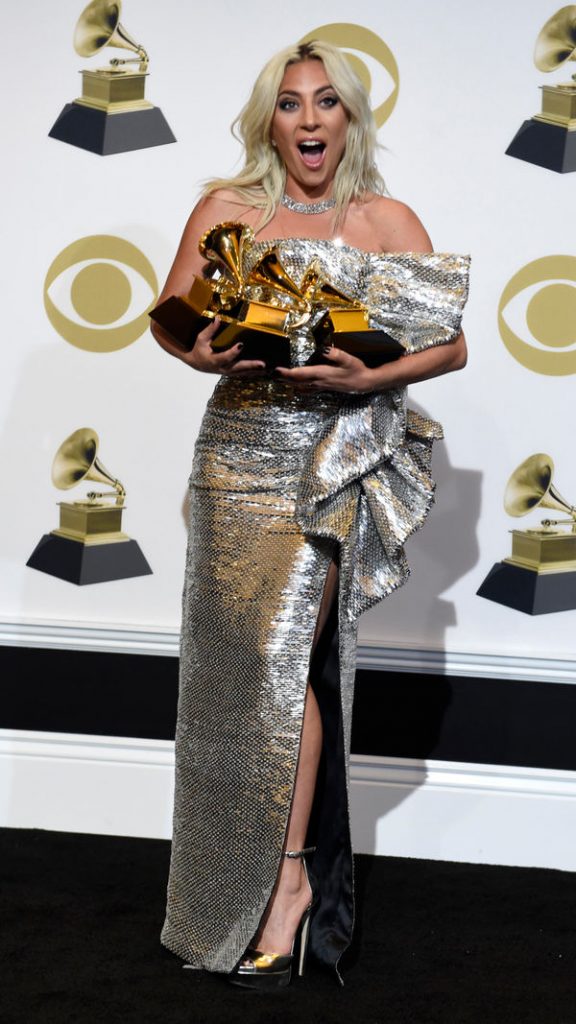 Gaga joined the ranks as one of the most awarded Grammy artists of all time. She picked up Best Pop Duo Performance, Best Song Written for Visual Media and Best Pop Vocal Performance. She won so many awards, her hands couldn’t handle it.

Read our coverage of the night.

At the end of awards season, Gaga became the first woman to win an Oscar, BAFTA, Golden Globe, and Grammy in the same year and first person to ever be nominated for Best Actress and Best Original Song in one Oscars ceremony. 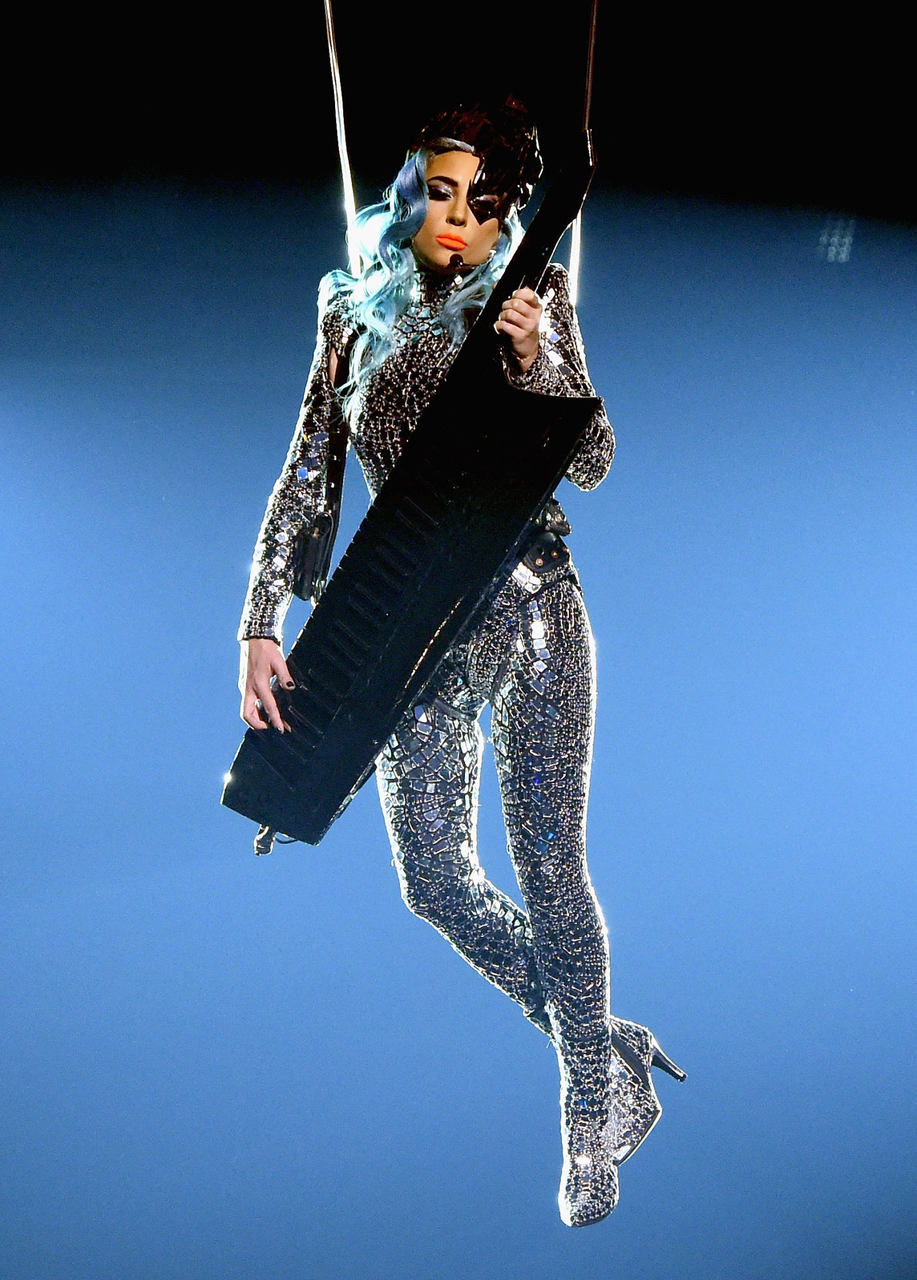 Gaga continued her world renowned residency in Park MGM Theater, Las Vegas. The residency continues to rank at the top of highest earning Las Vegas Shows with a 100% sold out rate to this day.

Check out our coverage of Enigma including links of performances from each show. 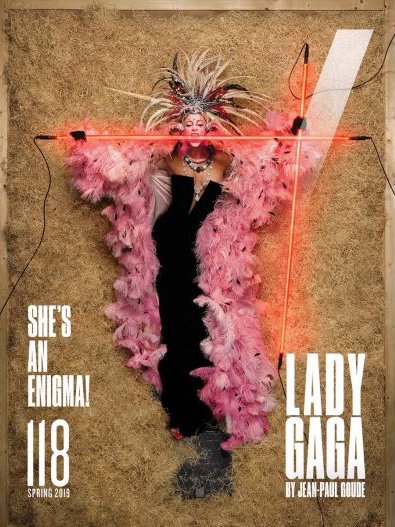 From V Magazine to VOGUE

Probably the most memorable magazine shoot of the year was the V Magazine shoot. Gaga also covered Elle, Vogue and a variety of other magazines as she usually does.

Check out our coverage of all her magazine appearances. 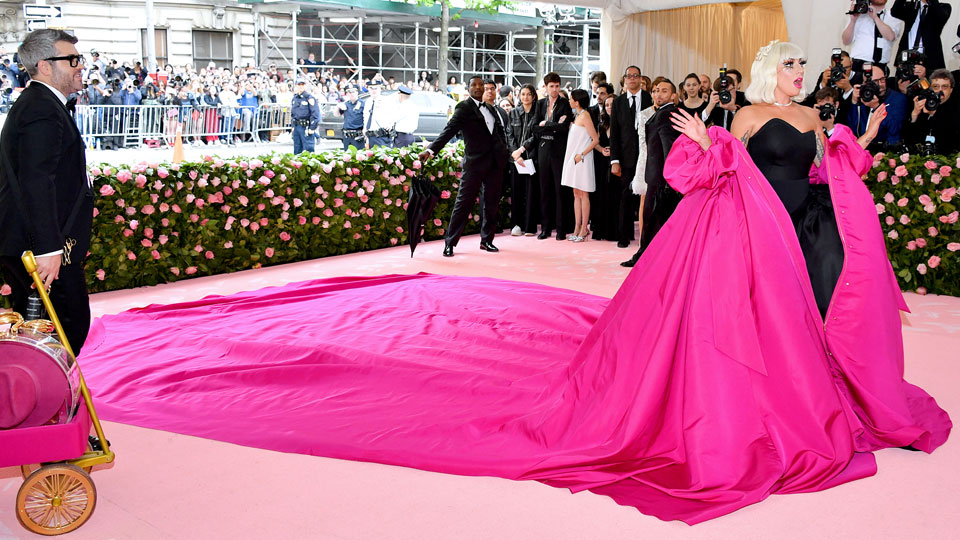 The Met Gaga: A Performance Art

Lady Gaga retuned to form at the MET Gala 2019. She made an explosive entrance as the official Co-Chair of the show alongside legendary editor of Vogue Anna Wintour, worldwide pop sensation Harry Styles and renowned athlete Serena Williams. Gaga made a total of 4 outfit changes on the red carpet putting on a whole fashion themed performance art show.

Revisit one of the most defining pop culture moments here. 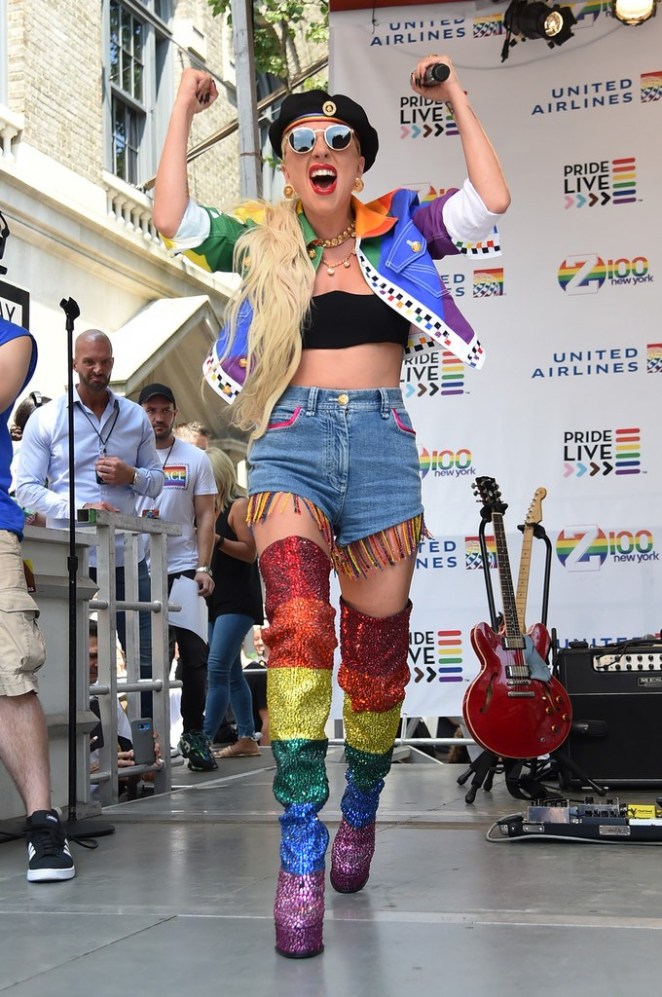 Gaga celebrated Pride Month 2019 by making an appearance at WorldPride NYC at Stonewall Inn . She gave an inspiring speech to celebrate the anniversary of the first pride.

Be inspired by her speech here. 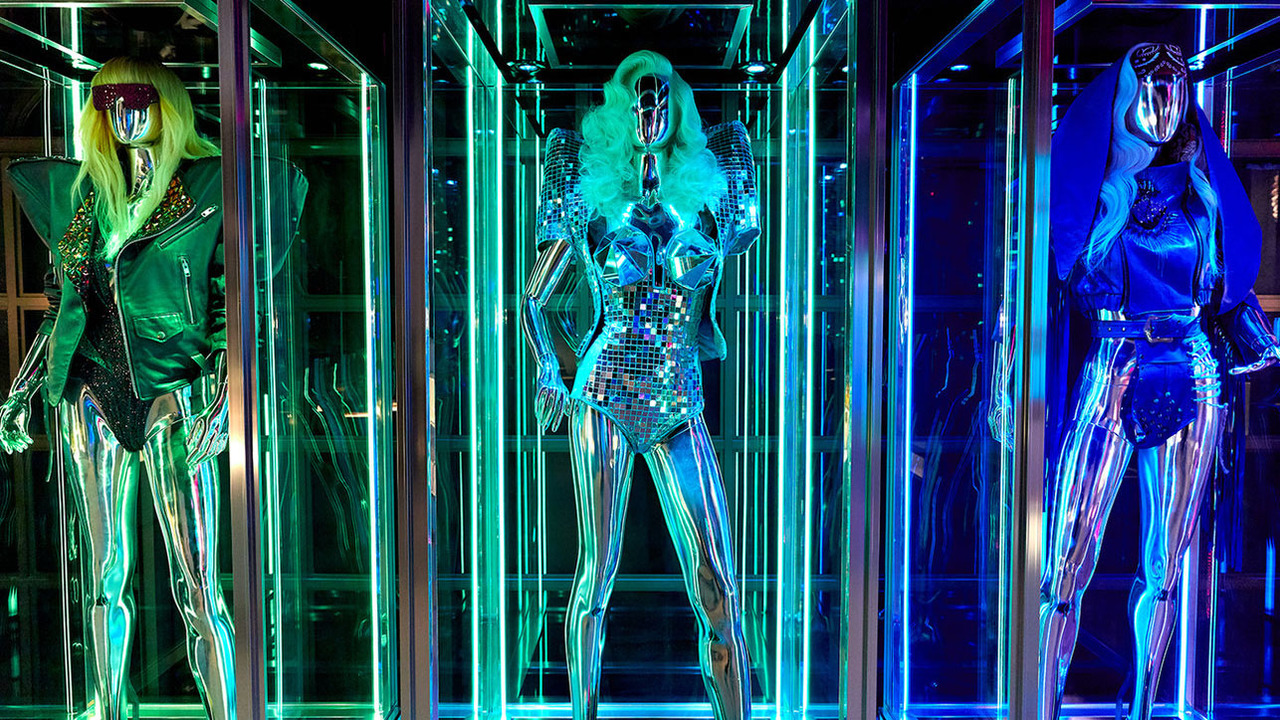 The most exciting moment of the year for any veteran stan was probably the opening of the Haus of Gaga Las Vegas exhibit which featured everything from the meat dress to the blood soaked VMAs 2009 paparazzi outfit to the motorcycle that Gaga rode on stage during the Born This Way Ball. The contents of that exhibit literally constitute world history and we are so grateful we were alive in 2019 to see it open. Take a look inside the exhibit here. 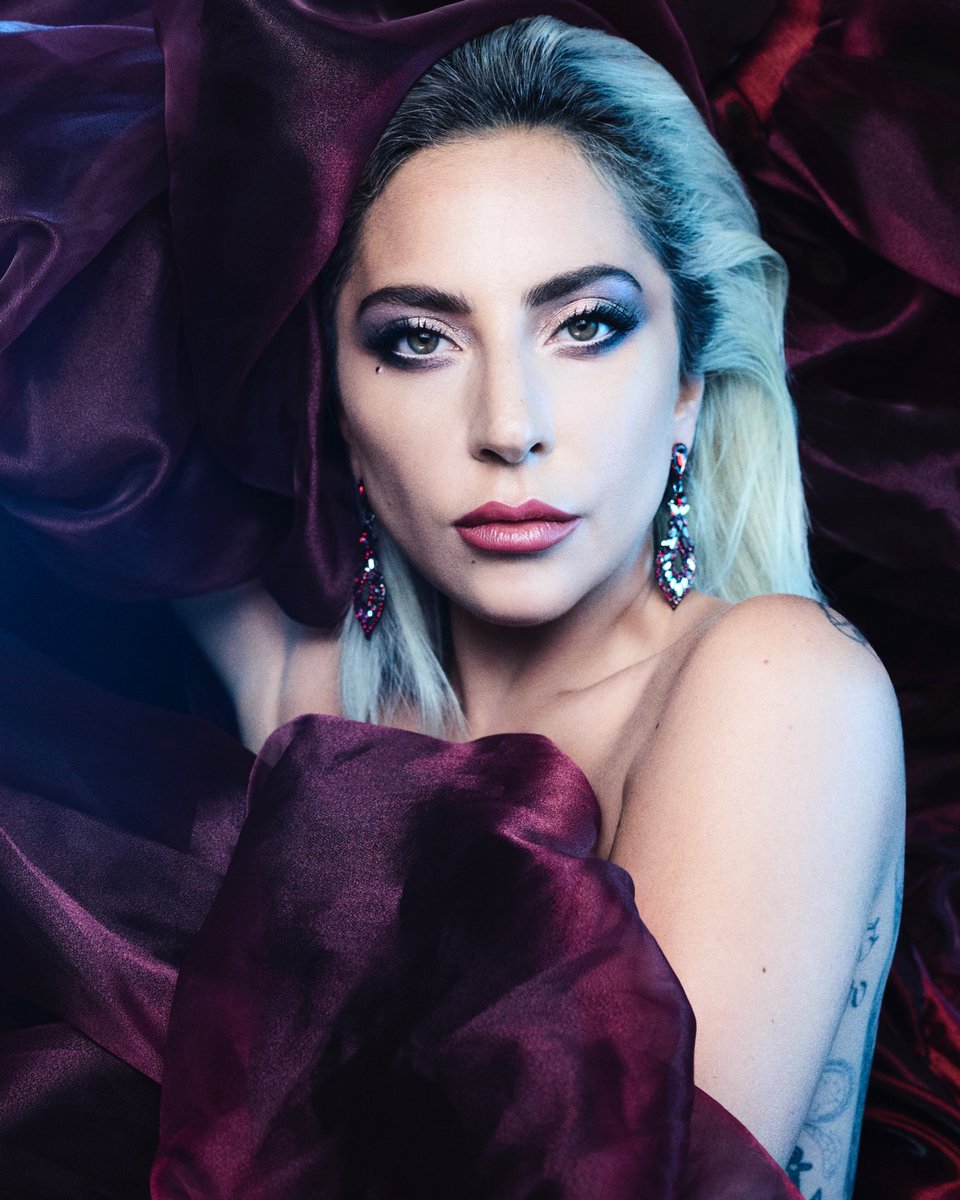 Battle for your life

Lady Gaga launched one of the most successful beauty brands of the year in partnership with Amazon Prime. Haus Laboratories launched with much praise from the beauty community and shows no sign of slowing down.

Revisit our coverage of all the main events of the brand from Oprah to NikkiTutorials.

Gaga Media thanks you for sticking with us throughout 2019. We are excited for all the things to come from our superstar in her second peak!

Thank you for sticking with us during 2019. We look forward to an awesome year in 2020. Follow us on our social media to experience it all with us.

Sorry. No data so far.