I can’t seem to get that song about butts out my head. Can you? We all know the iconic singer that made it and that’s ALLY MAINE. Unfortunately, Ally is a fictional character but we couldn’t help but wonder, what if she wasn’t?

What would Ally’s career look like if she wasn’t fictional? Well, we sat down and daydreamed it all up. Here’s the story of Ally Maine told in headlines, charts, social media accounts and magazine covers:

This post contains major spoilers from A Star is Born.

It all started with this: 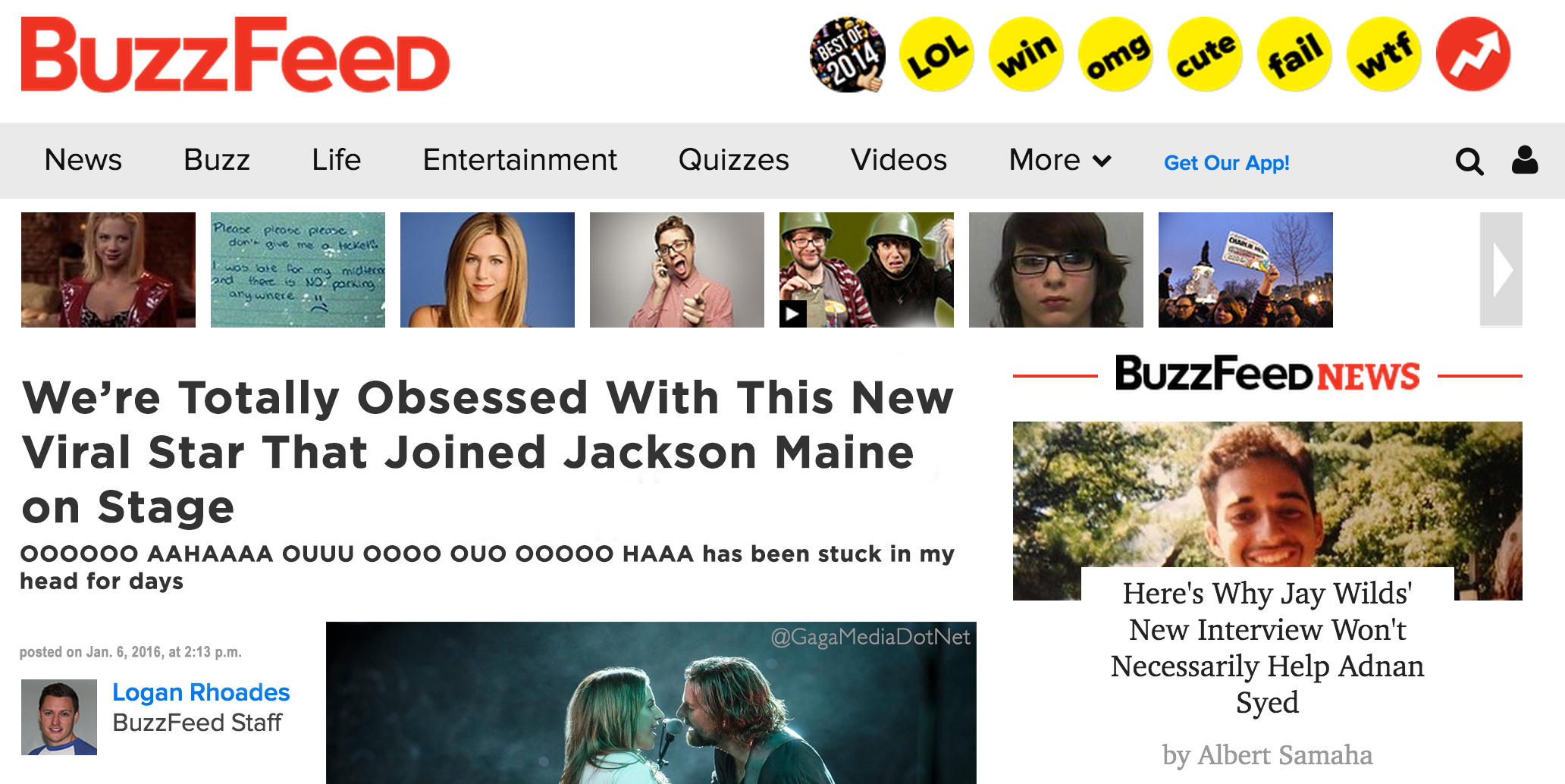 This Buzzfeed article went absolutely viral and had everyone talking about that “oooooo ahhhhhhh ouuu aaaaaa hhhaaaaa” bish that came on the stage with Jackson Maine.

As Ally joined Jackson Maine on tour, she continued to blow up and then struck a deal with Interscope 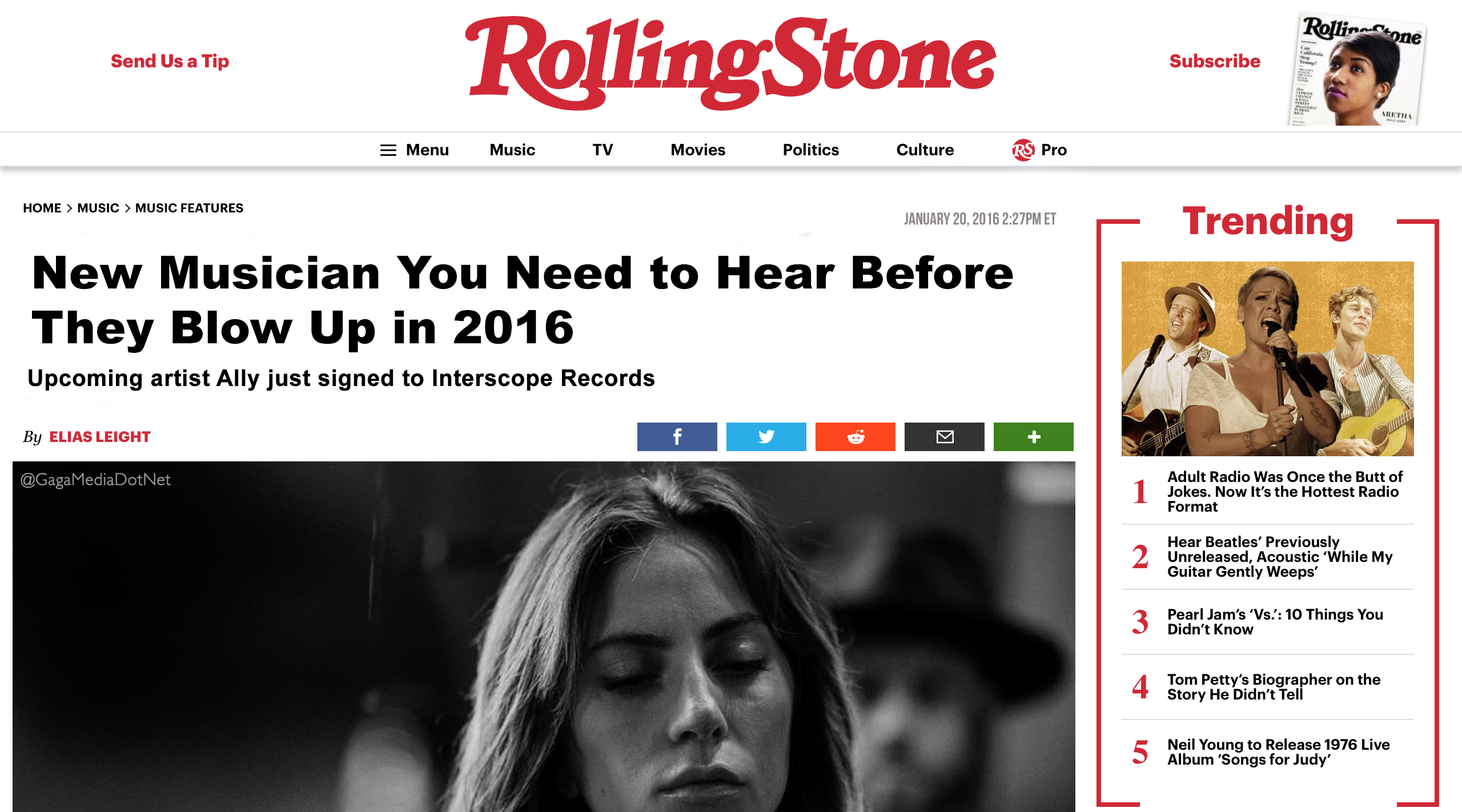 And a star transformed right before our eyes: 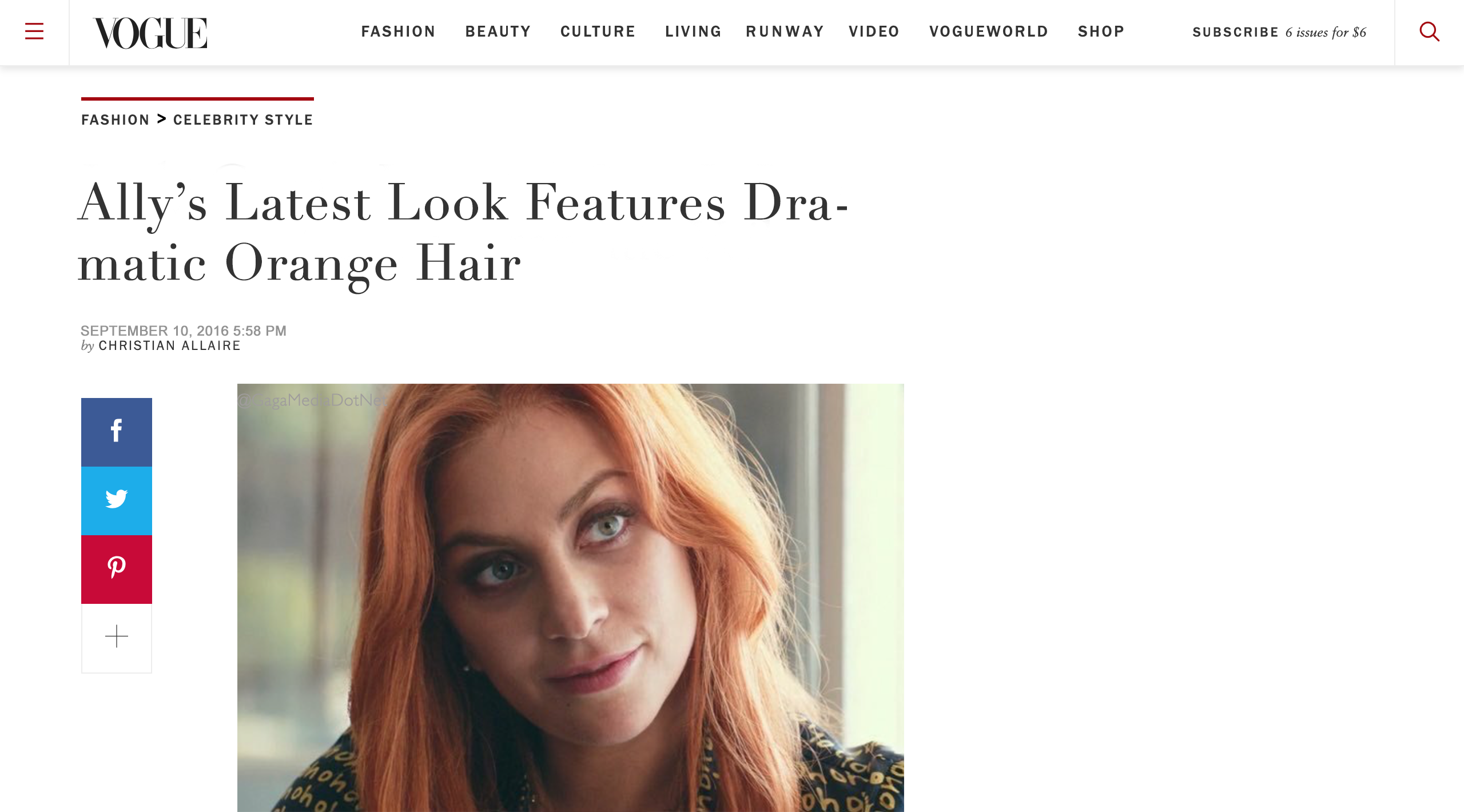 Following her dramatic look change, Ally released Heal Me and Why Did You Do That? which skyrocketed on the Spotify charts.

Ally also topped the Billboard 200 chart and iTunes worldwide later making her the MOST STREAMED ARTIST OF ALL TIME:

Shallow’s music video went on to become the most viewed in the world: 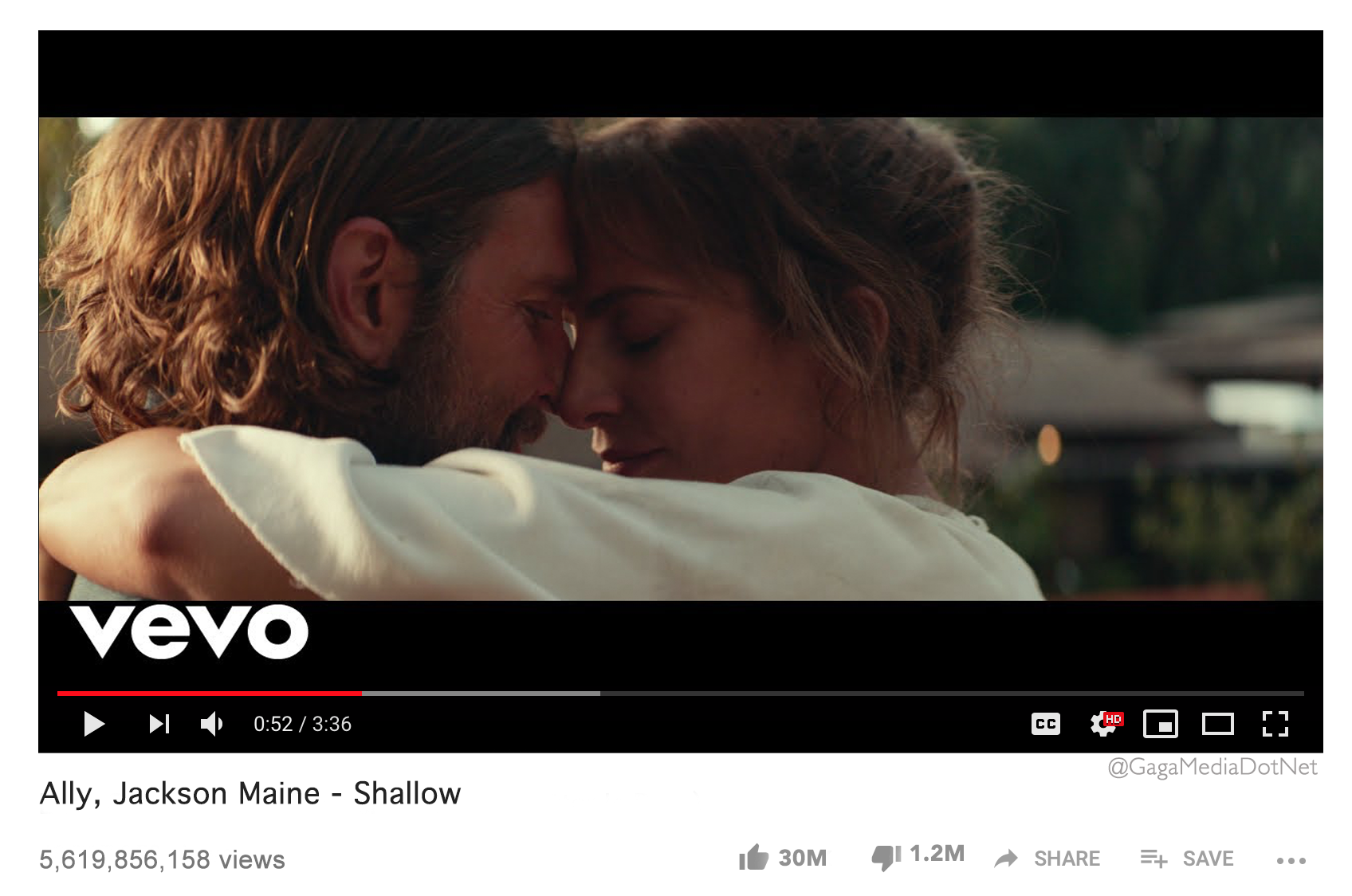 But not everyone was happy about this: 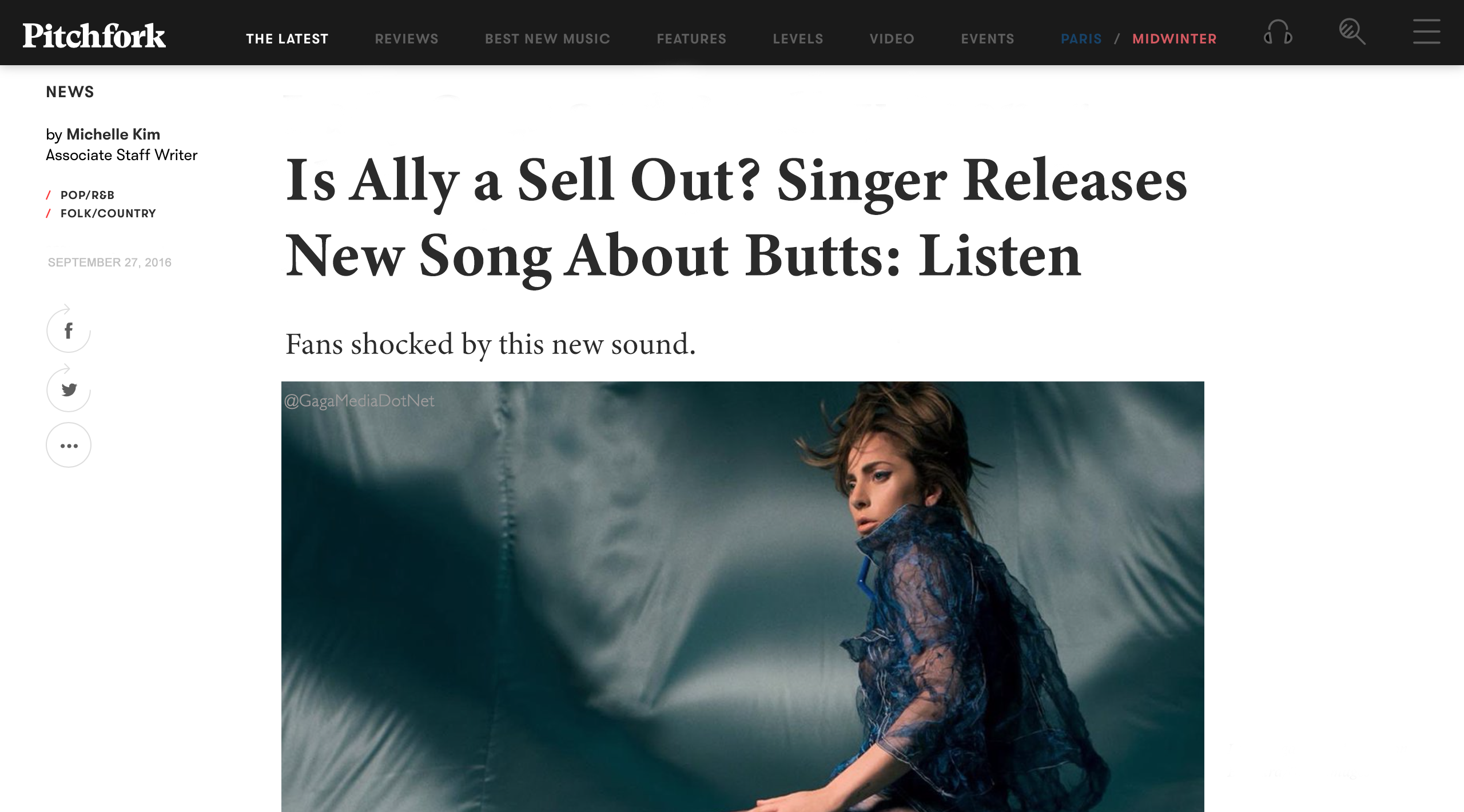 But who cared? Noone! We all stanned our red haired queen of singing about butts Ally Maine.

But like every star, there is that moment that brings shame:

Ally’s husband Jackson Maine caused a whole lot of trouble in her career. After Jackson went to rehab, things took a dark turn in Ally’s career: 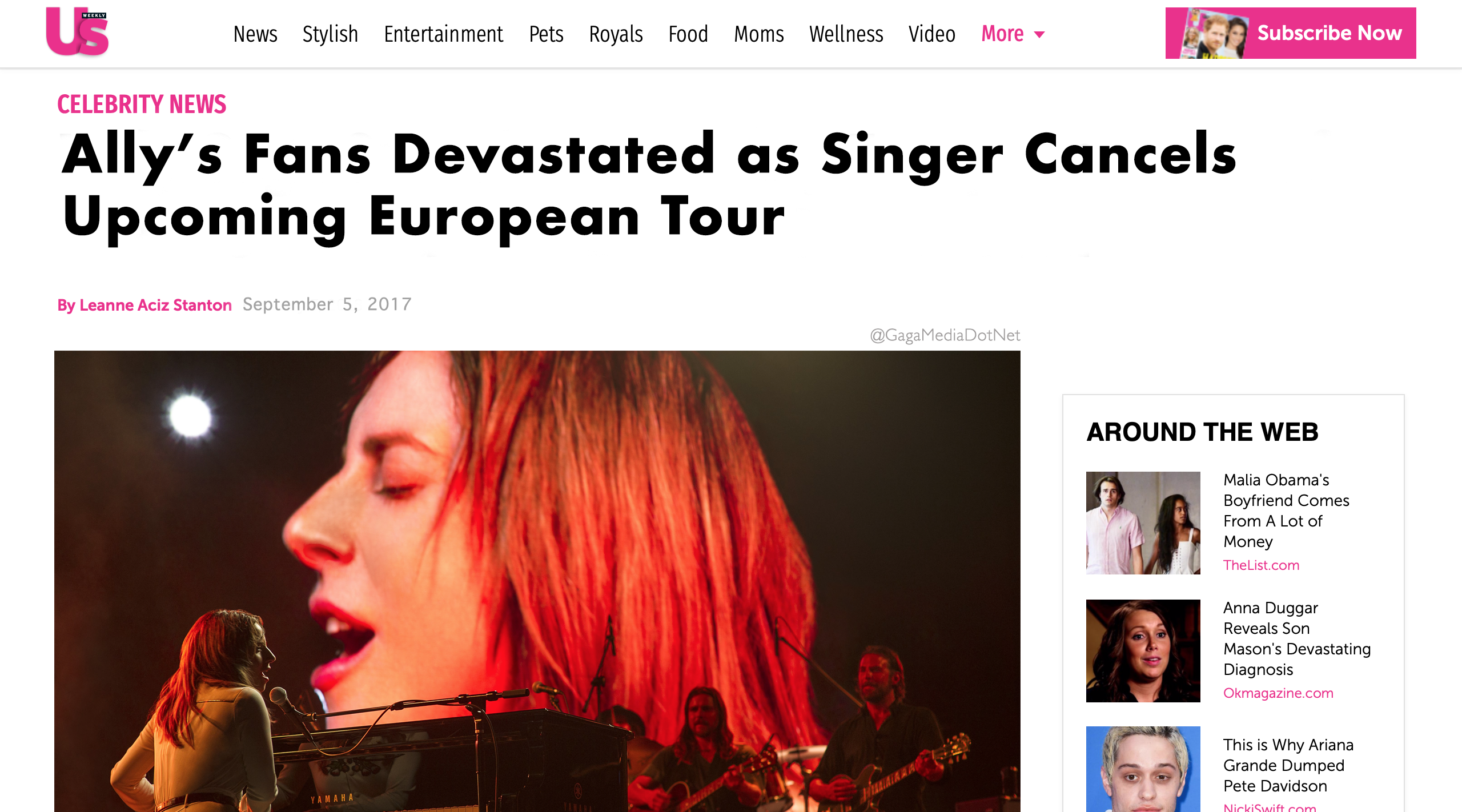 With her husband’s untimely passing, Ally went into a hiatus 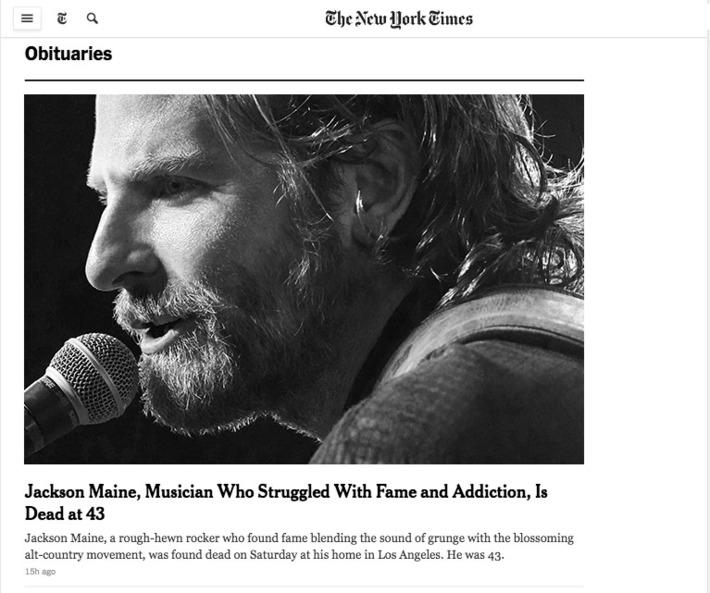 After Jackson’s death, Ally split with her manager Rez Gavron 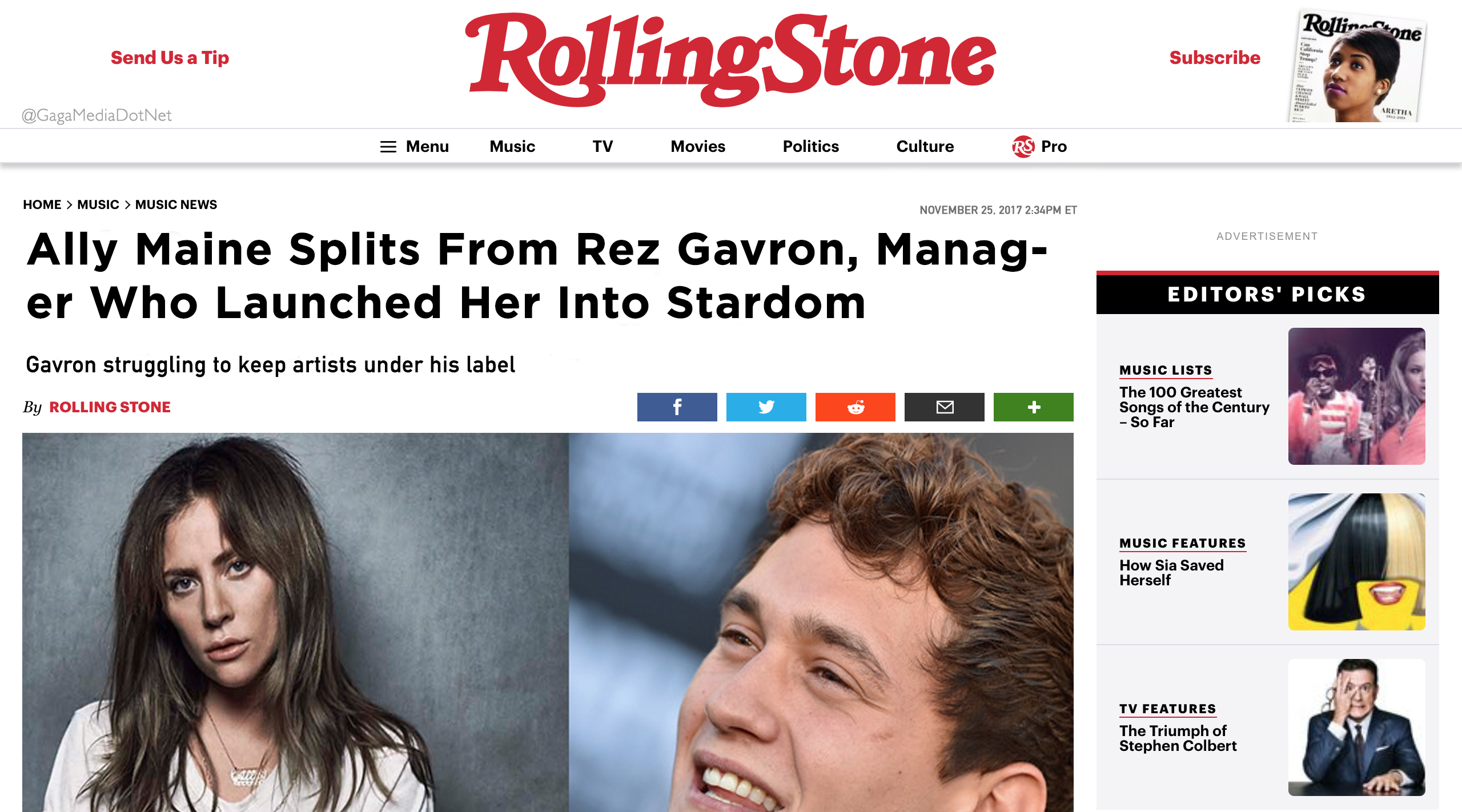 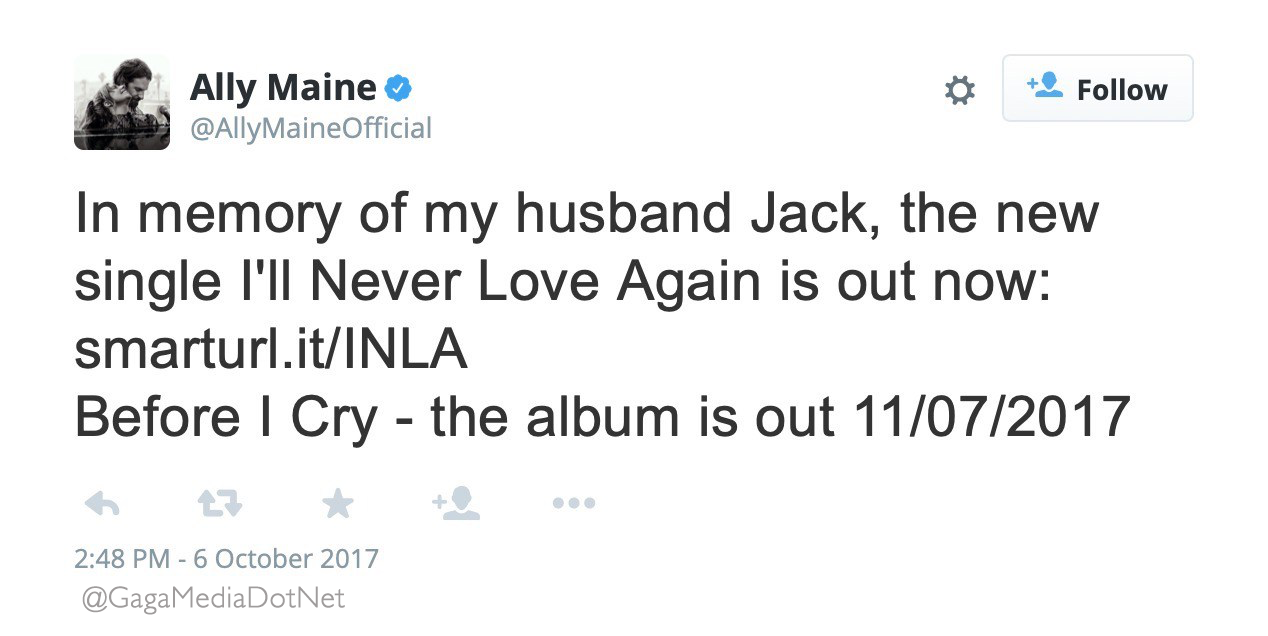 Coming back stronger than before, Ally’s social media presence takes over the world: 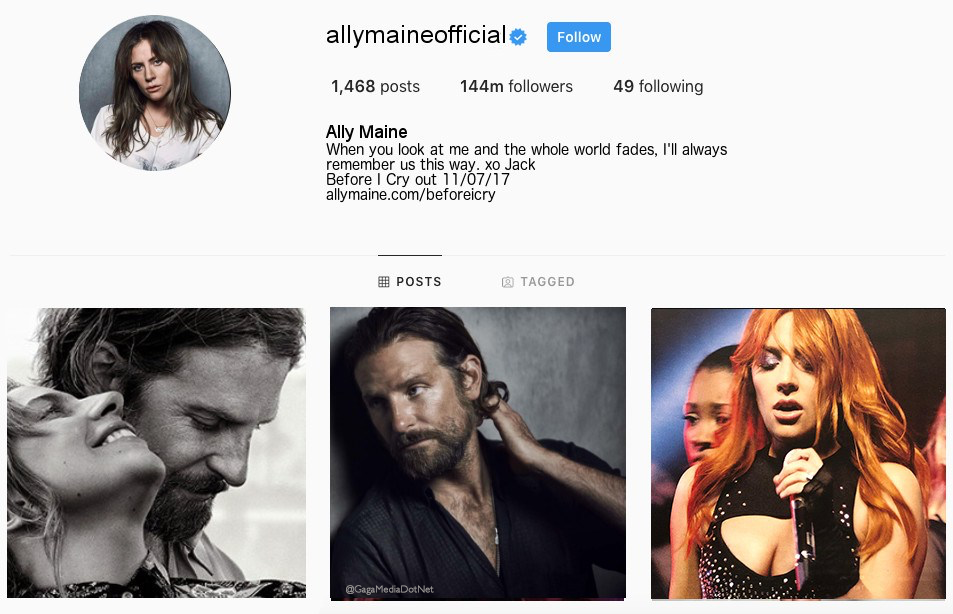 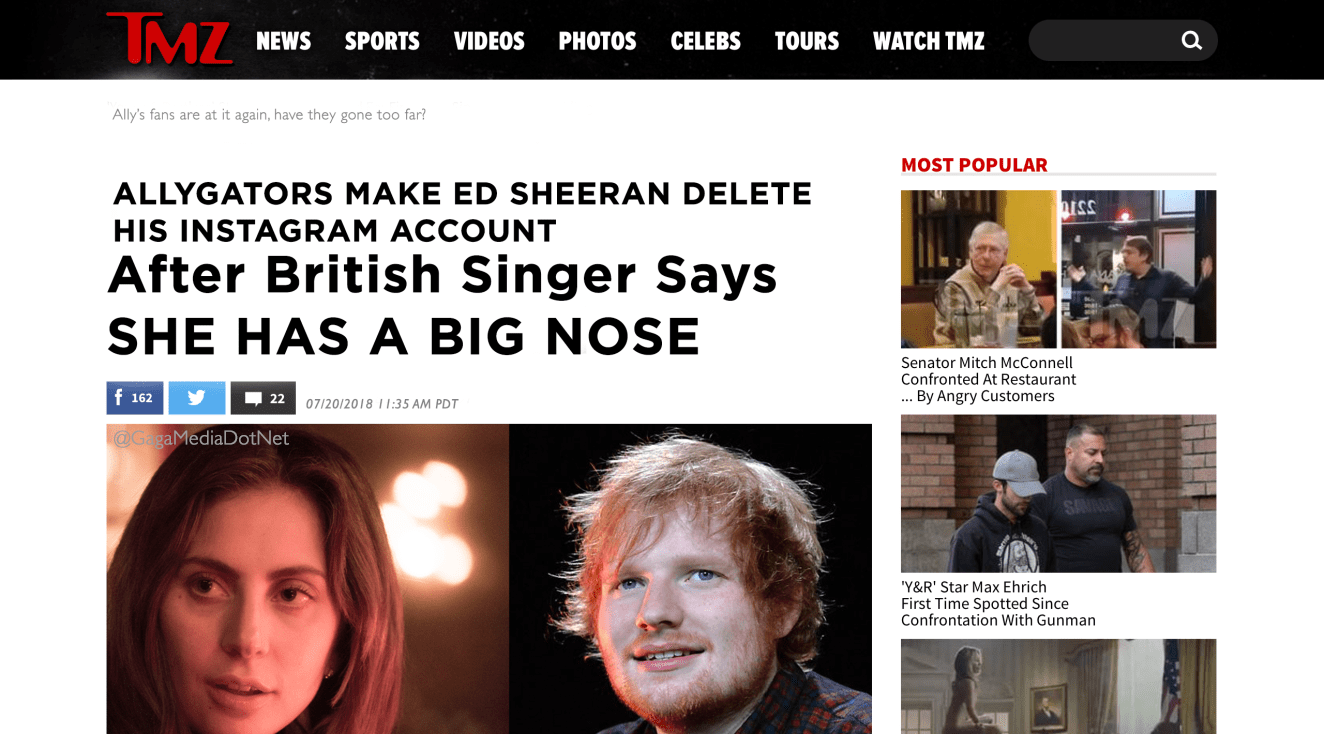 The Allygators really did not f*ck around. They attacked MTV until a new category was added 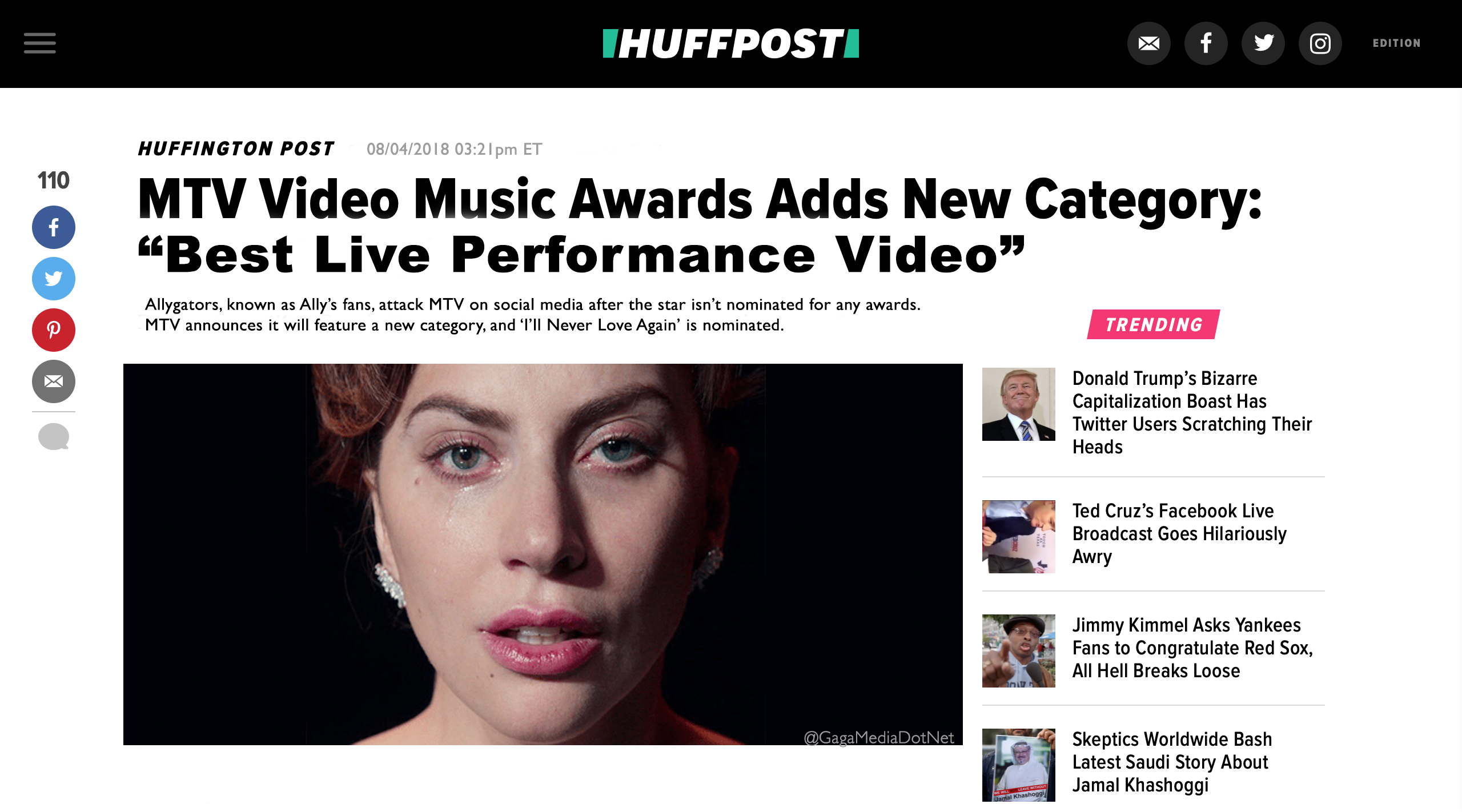 I’ll Never Love Again was also, coincidently, the only song nominated in that category that year. MTV producers later confirmed that they were not afraid of Allygators.

To promote her new album, Ally was offered the coveted host and musical guest spot on SNL’s season finale 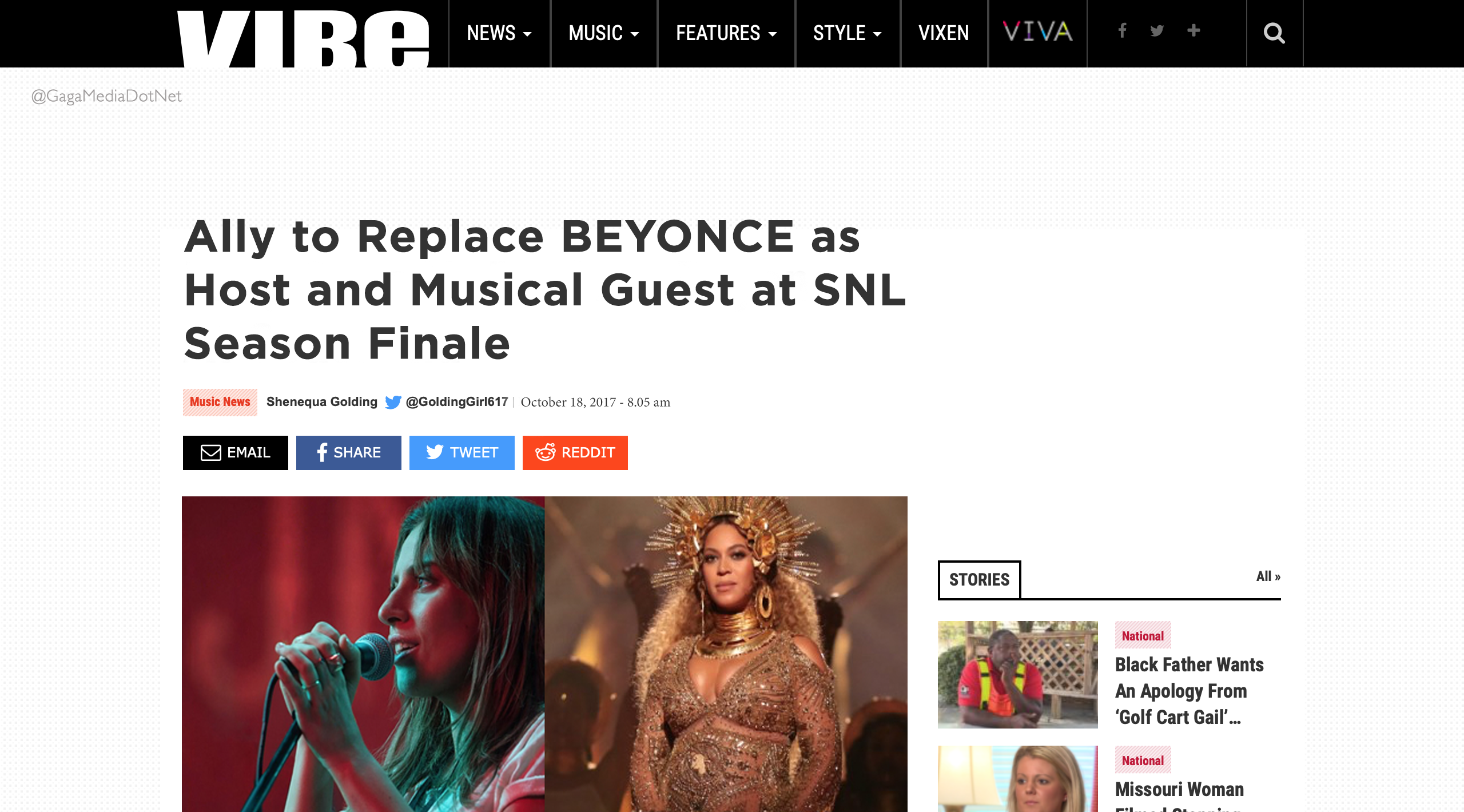 Ally’s album Before I Cry went on to top all the charts and as a result, she later was offered to play the Superbowl 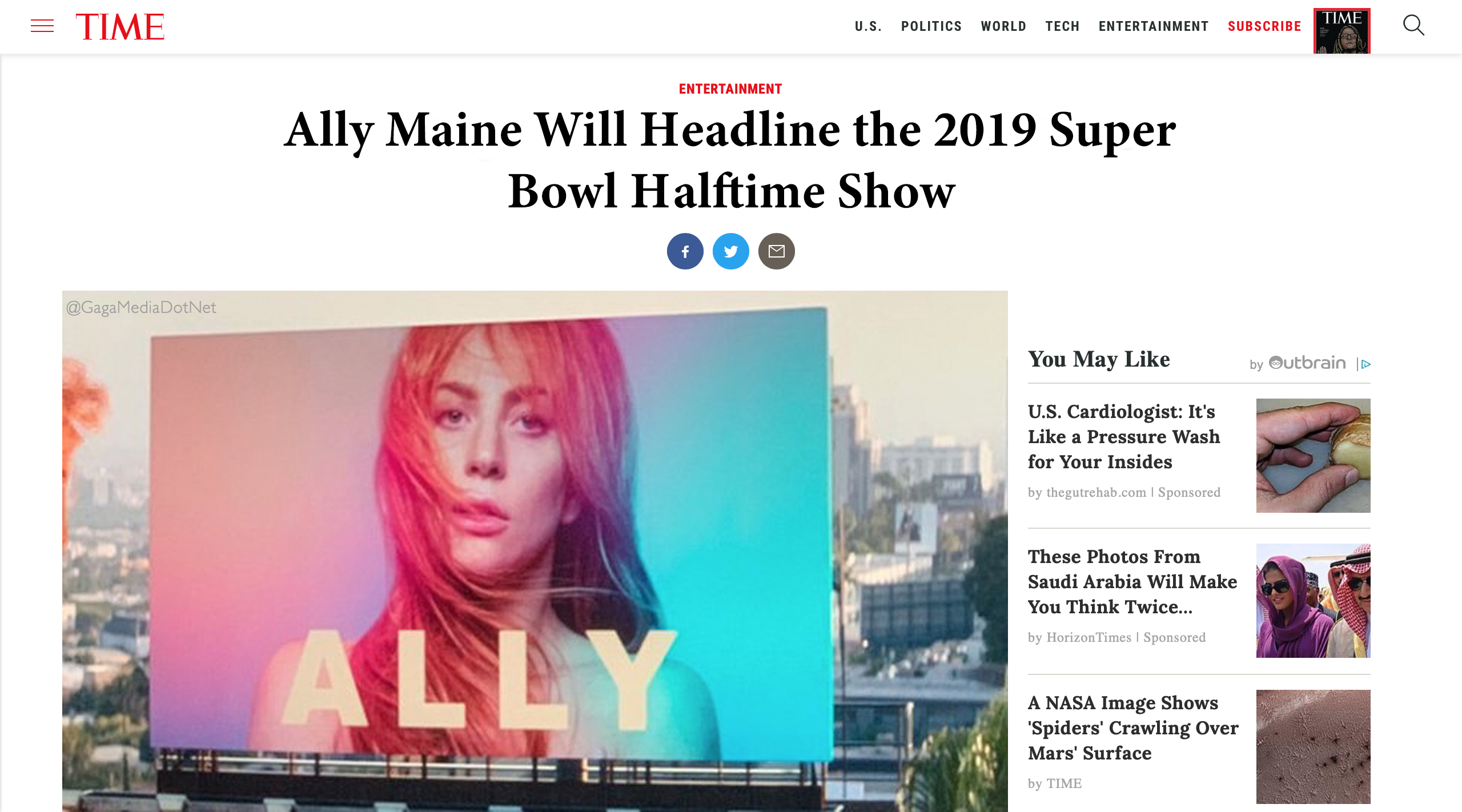 The album even caught the attention of international superstar Lady Gaga who praised Ally by posting a selfie of herself: 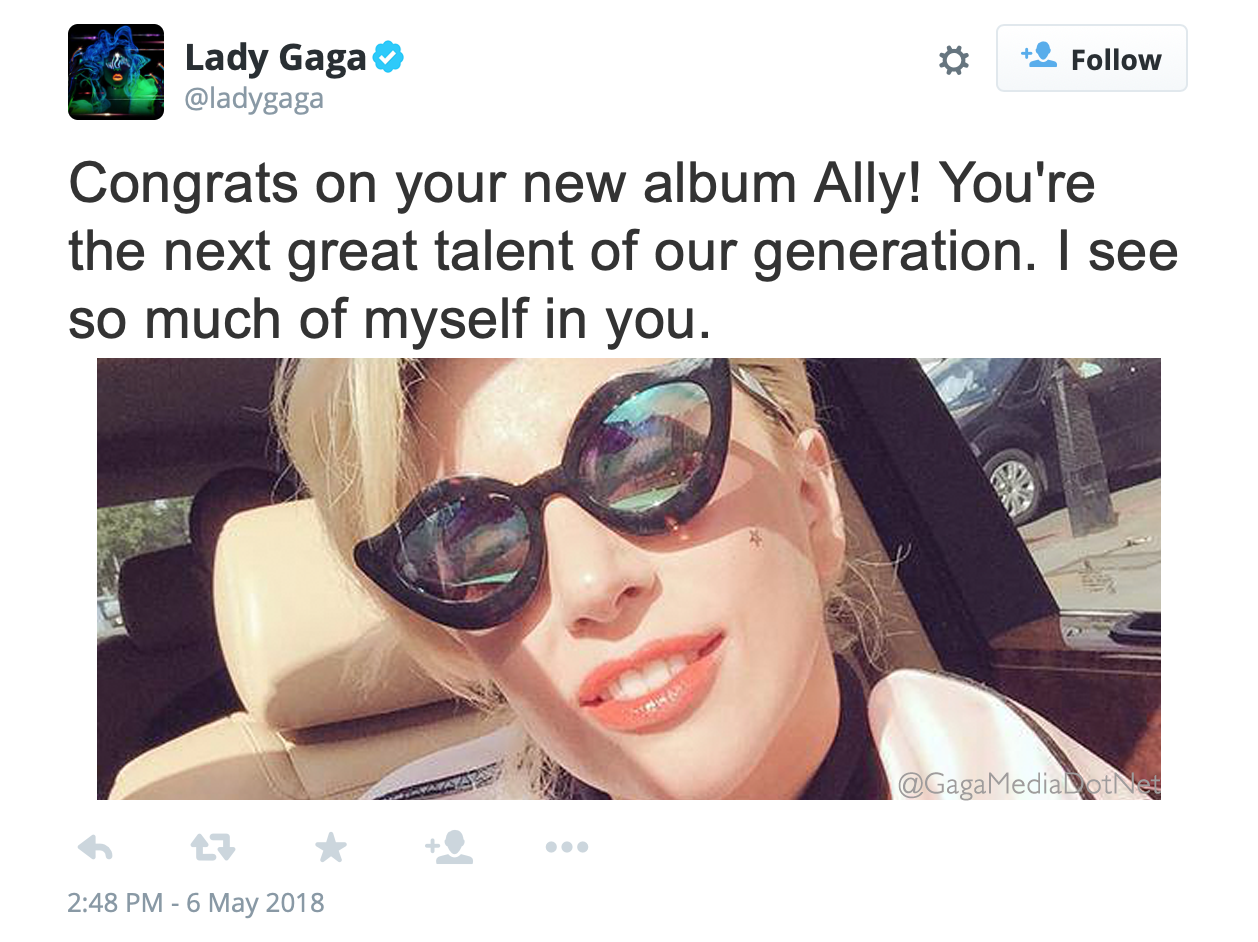 Because of her resilence, growing global influence and huge talent, TIME Magazine named Ally the Person of the Year: 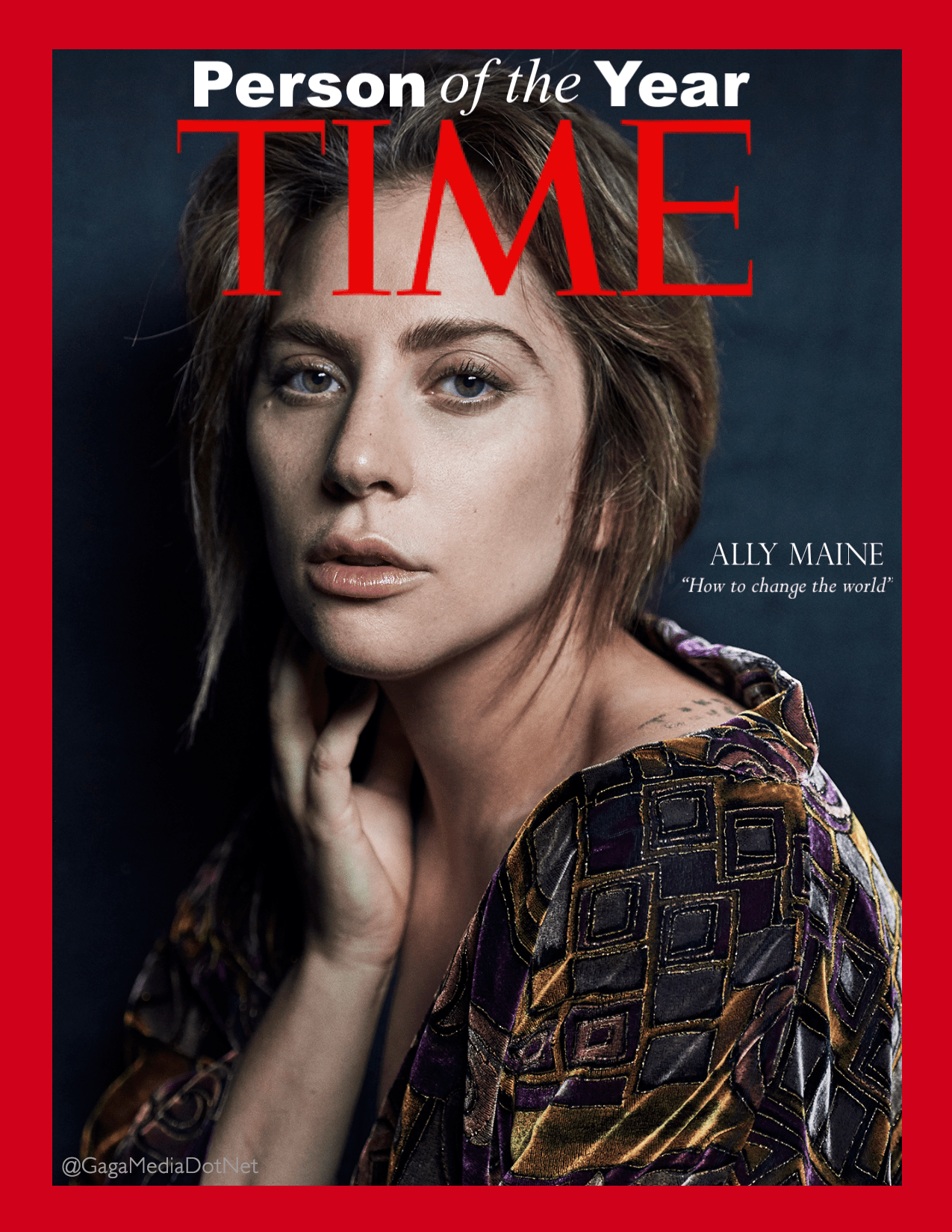 Ally is now back in hiatus, preparing for her Superbowl performance in 2018 and working on her 3rd studio album.

But last we heard from her management company, Ally is planning something way bigger than we could’ve ever imagined

Looks like she really is here to conquer the world