Lady Gaga took to Twitter on March 2nd to announce the title and release date of her sixth studio album: Chromatica. Out on April 10th 2020.

In an interview with Zane Lowe, Gaga described the album being about “healing and it’s about bravery as well and it’s really like, when we talk about love I think it’s so important to include the fact that it requires a ton of bravery to love someone.”

We’ve compiled a list of everything we know so far about the album below!

Gaga said the term “chromatica” is inspired by an all-encompassing view of sound, color, and life. “It’s all the colors, all the sounds,” she said. “We’re talking about inclusivity and life.” Gaga added that making the music was a restorative experience.

The standard album will have 16 tracks. There is a deluxe edition which will have an additional 4 bonus tracks. 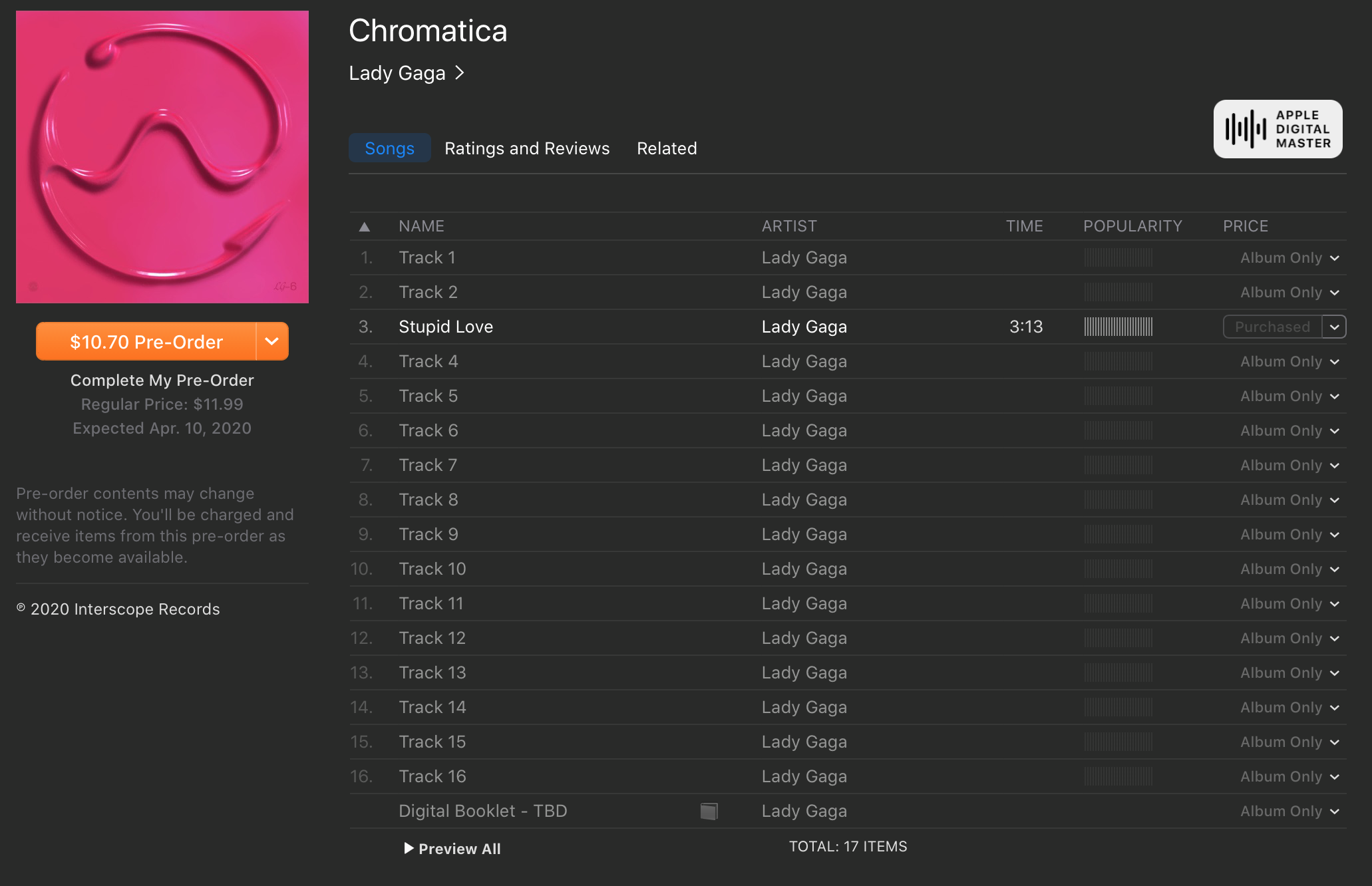 The Google play store revealed the standard edition of the album will be 48:14 minutes long.

According to the Google Play store, the #Chromatica album is a duration of 48:14mins!

Who is involved in the album?